On October 20th, Gloria Deo Academy’s thespian troupe inducted 5 new high school students through a fun event. While many schools in the area held formal induction ceremonies, we decided to take the induction ceremony, a medieval-themed crusade, to each of the student’s front doors. It was a fun knight for all!

The International Thespian Society has been recognizing and rewarding student involvement in church, school and community theatre productions since 1929.  A branch of the national Educational Theatre Association, this organization offers yearly scholarships, grants and awards to their student members. Gloria Deo Academy was proud to be the very first private school in the city of Springfield to form their own troupe, Troupe #8893, last year. 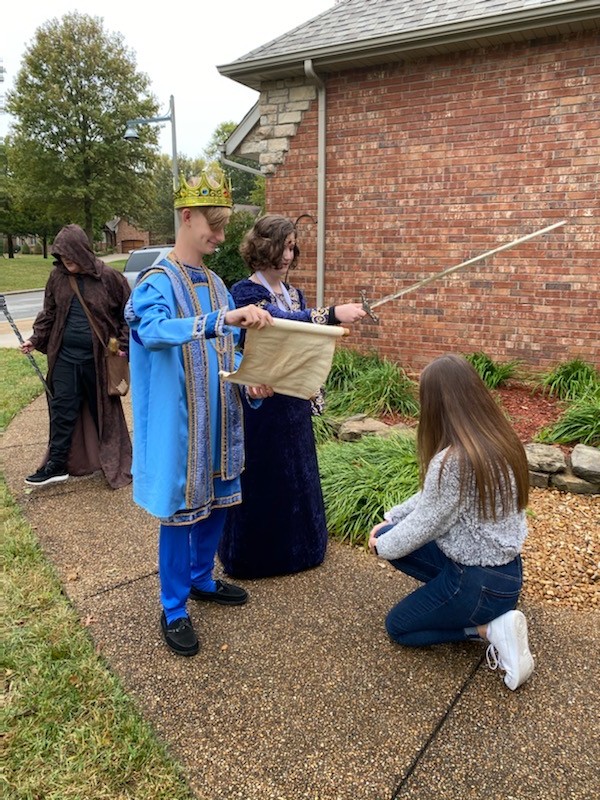 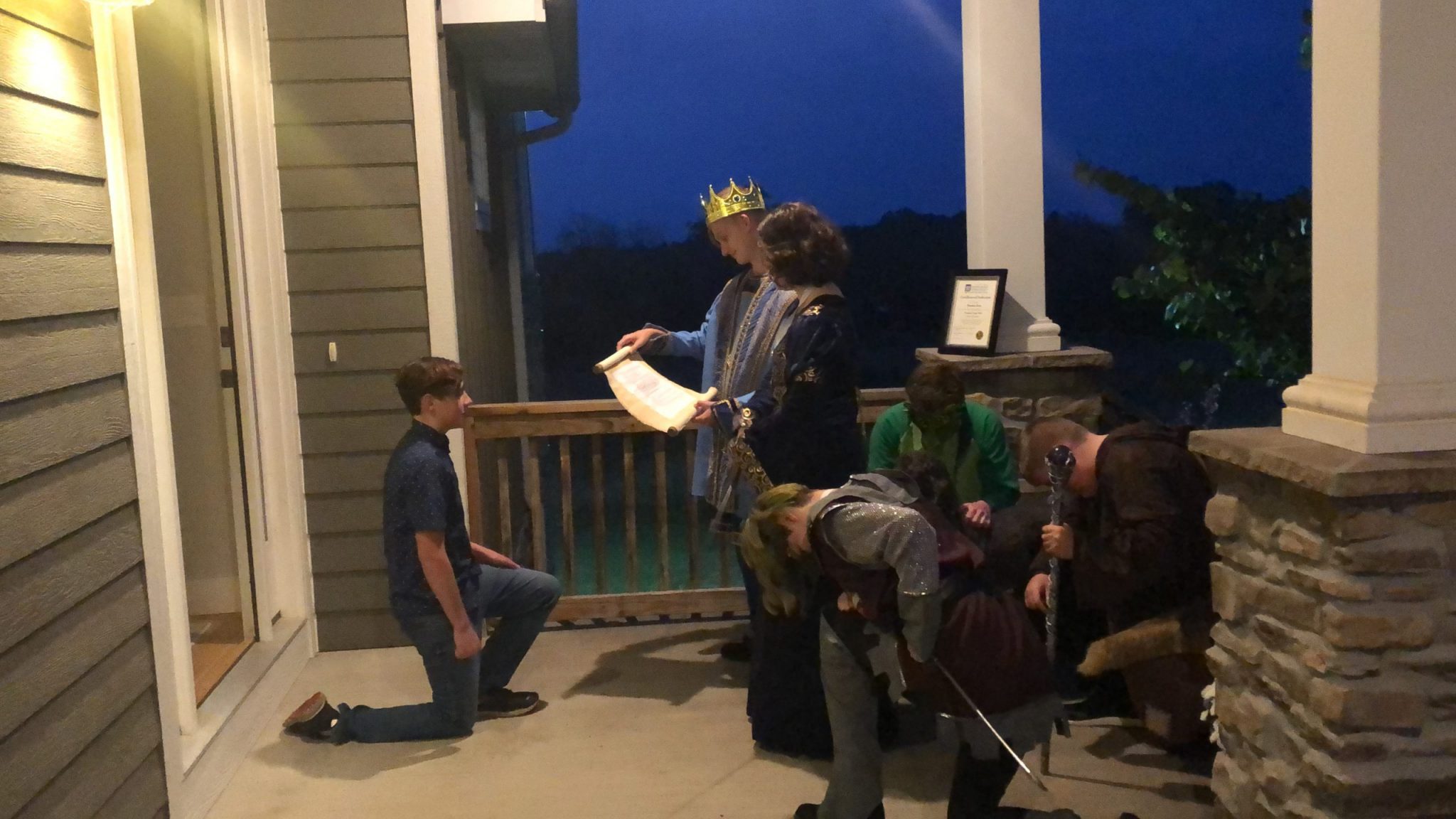 Additionally, Kamarae Wilson (GDA Senior) recently transferred her International Thespian membership to Gloria Deo Academy. With the points that she earned from her participation in Annie Jr. and Peter Pan Jr., Kamarae has earned the rank of Second Star Thespian. Congrats, Kamarae! 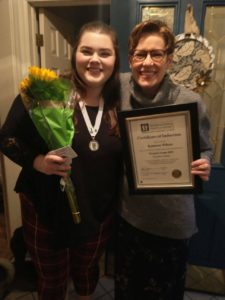